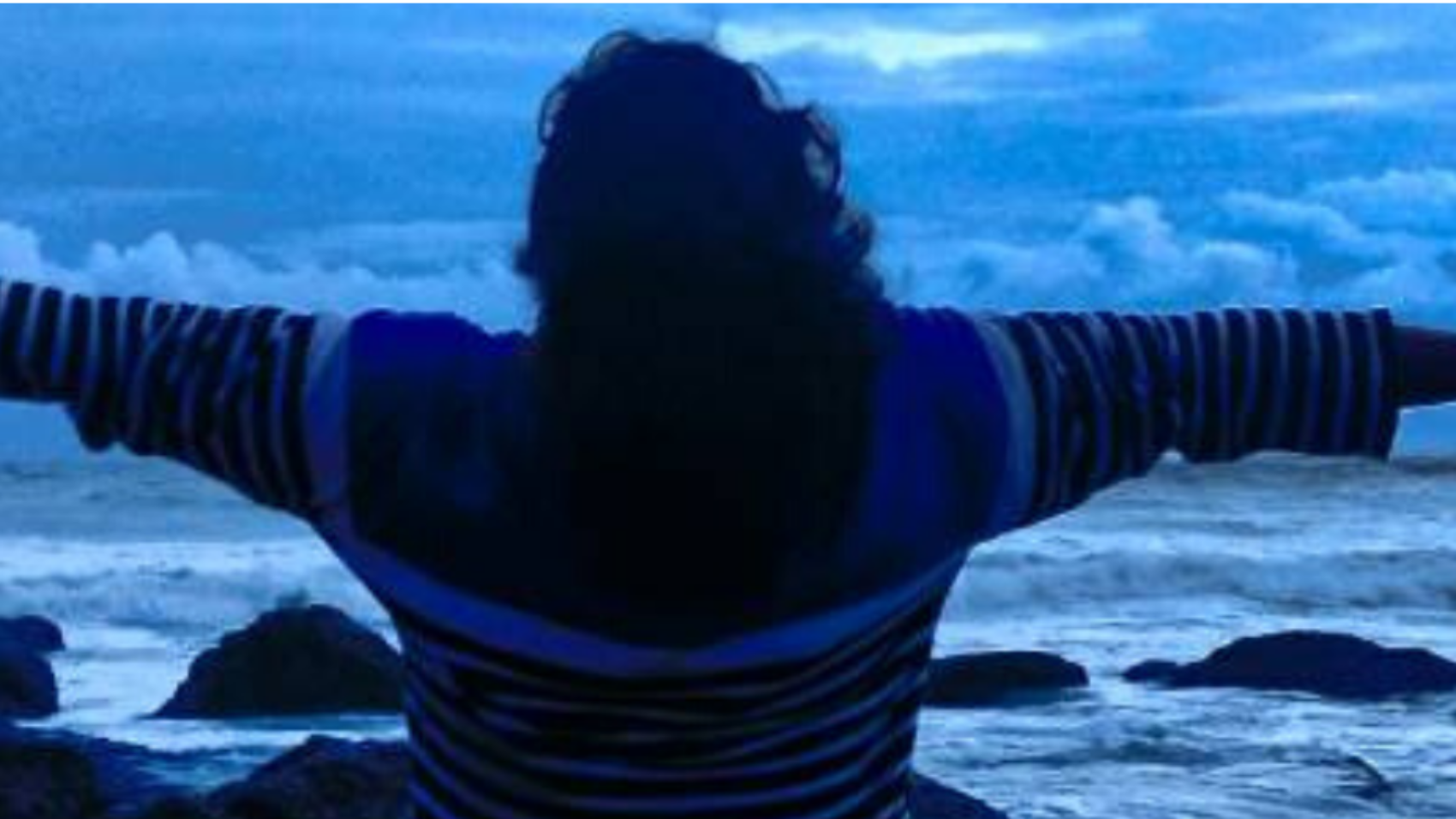 I came across this term called “IKIGAI’ during a seminar and found it really interesting. IKIGAI, pronounced as “eye-ka-guy”, is a Japanese terminology which means “reason for living” or “life purpose” or “life mission”. You may ask yourself – what is the reason for your getting up from bed every morning that motivates you to go to work? What work can you do that you really enjoy doing and gives you self-satisfaction? The key is to finding the right balance between your Mission, Passion and Profession.

The 4 Questions you could ask

According to IKIGAI, you ask yourself the below four questions:

What are you good at, that you enjoy doing? …….. Passion

What does the world need? …..Vocation

What can you get paid for? …….Profession

The balance is found when your Mission converges with your Passion, map this to what other people need, and then, find a way to get Paid for it. Take a look at this diagram. Your IKIGAI lies in the centre of the four interconnecting circles.

When you work with a deep sense of purpose, then the commitment and quality of your work is high, and above all, you enjoy it. This is because a strong purpose involves having a wider perspective of how you could impact the larger community, so then, work down towards your goals.

Being a career success coach, I meet clients who are looking to transition to other career streams and often, a question that they have is, “What would be a suitable career that I could take up?”. Some even ask “What’s the purpose of my life?” and so on. I beleive, it’s for each of us to find out what is our purpose in life and then align our career accordingly.

I asked myself these questions, and got my answers. I enjoy coaching people, and nothing gives me greater satisfaction than when my clients tell me how the sessions changed things in their lives.

I have found my IKIGAI !!

So, what’s your IKIGAI? Think about it. Would love to hear your comments about how you feel about this.

Neuro-Linguistic Programming (NLP) is the art and science of modeling the patterns of human behaviour. NLP fuels to develop an exponential ‘growth mindset’ – a 10X target. 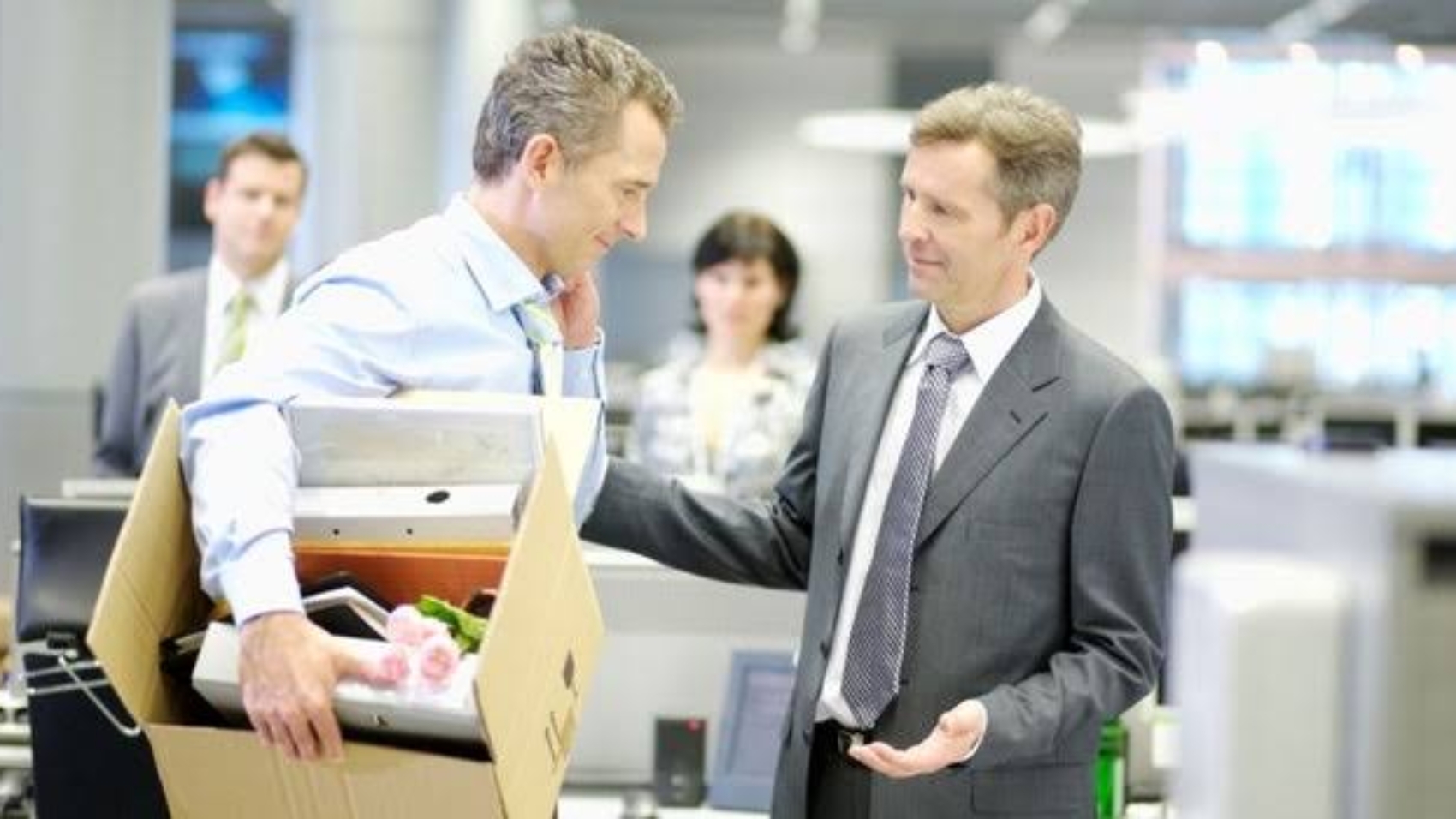 The unexpected can be overwhelming, and it’s difficult to decide on the next steps. There is no right way, but here are optimal ways of handling a layoff. 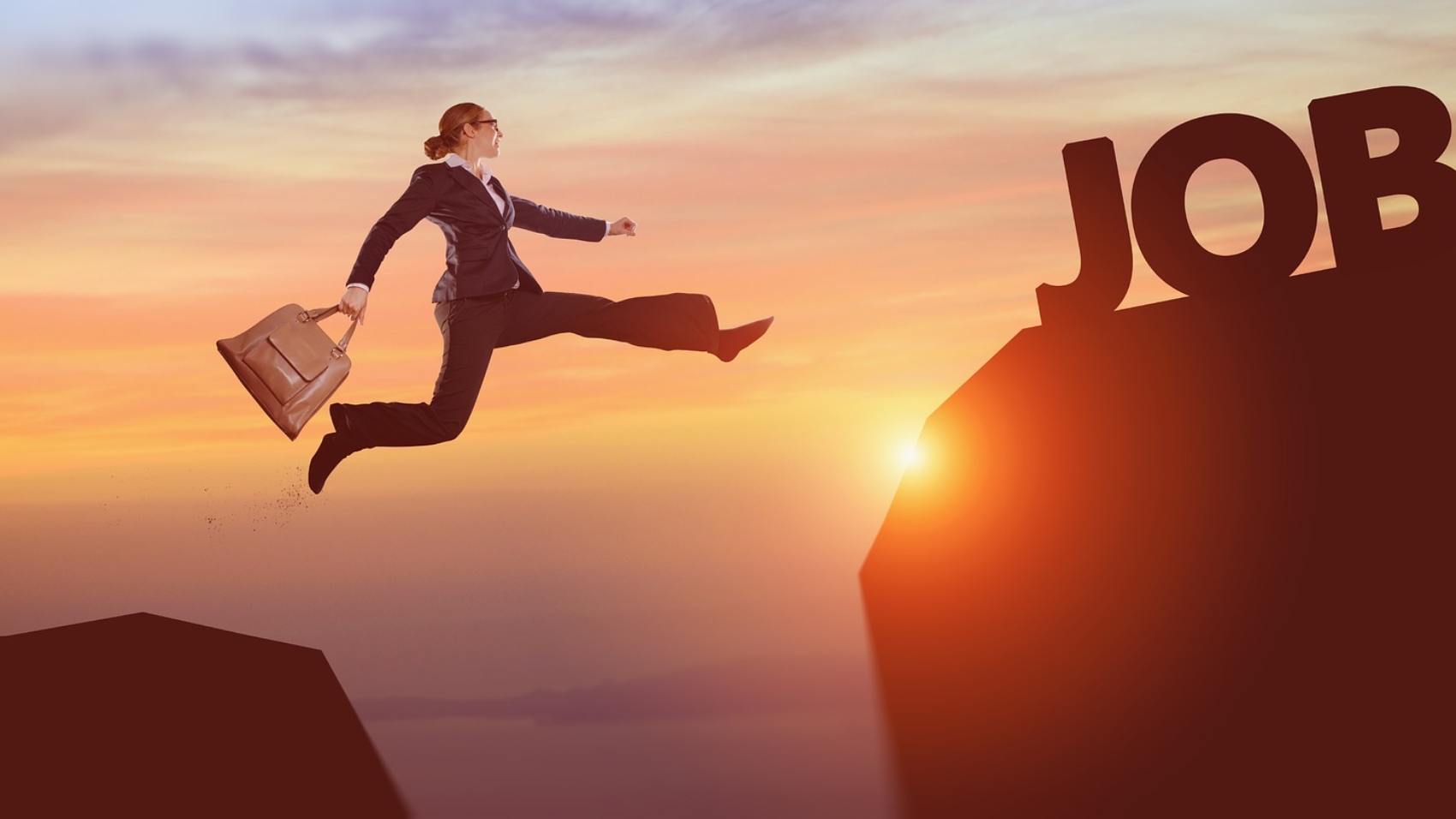 Your career must resonate with your inner-self to have a fulfilling career. Ask yourself these 5 key questions to understand what ‘you’ really want! 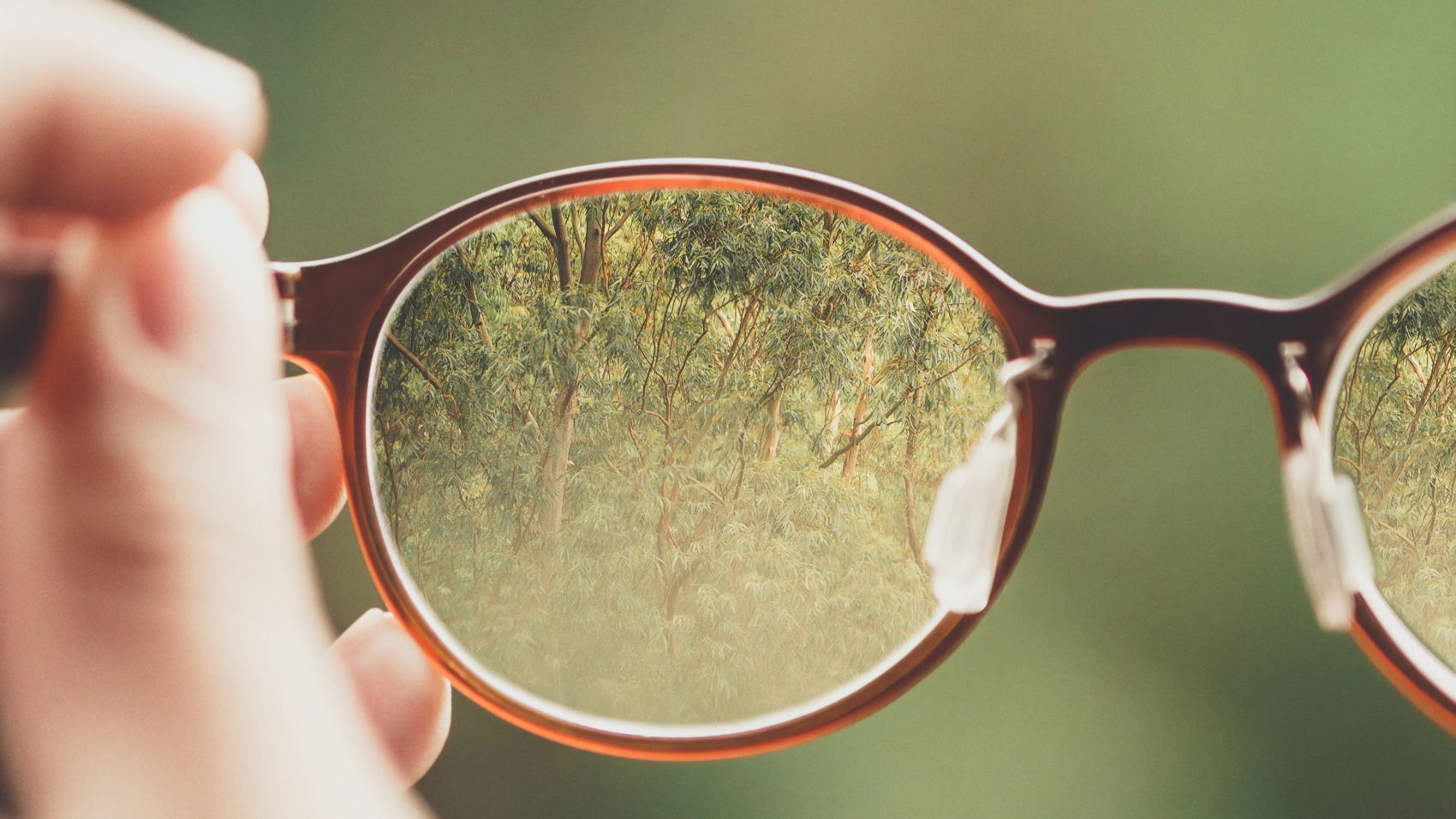 by admin with 5 Comments CareerGoals

Having the right attitude, positive beliefs, habits, flexibility, resilience, and fierce passion is what differentiates people. In turn, it is these that bring business transformation. 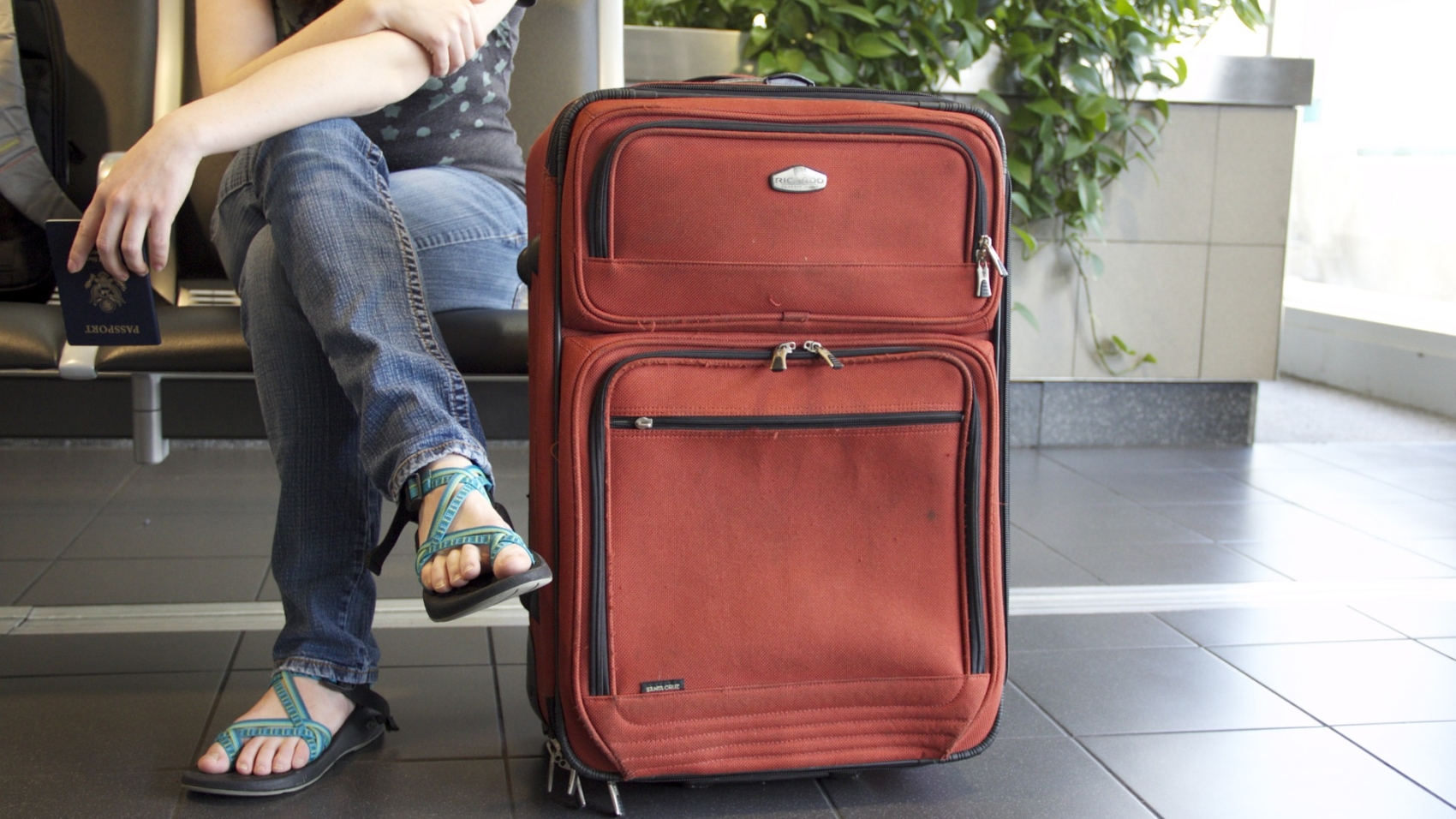 In a day and age where Time Management has become a dire need, do you find yourself always looking to catch a breath? Before you demand time management tips let’s see if you can control Time. And the answer is…Yes!

Einstein’s theory of relativity states that time and space are not as constant as everyday life would suggest. He suggested that the only true constant, the speed of light, meant that time can run faster or slower depending on how high you are, and how fast you are traveling.

Imagine you are waiting for your flight departure at the airport, and there is an announcement made that the flight is delayed by 3 hours. You obviously are very annoyed to hear this, and you don’t know how to pass the time. So you move around and do some window-shopping, and take a bite, look at the airplanes taking off, and time passes ever so slowly.

Meanwhile, there is a co-passenger sitting near you who was also taking the same flight. When he hears the announcement, he promptly pulls out his 330-page novel and starts reading. He is oblivious of the surroundings and the time just flies past, for him. And before long, the 3 hours are up and he is ready to go.

So you have a case here, where time seemed to move very slowly for 1 person, whereas, it flew past for the other, and the time delay of 3 hours was the same. Did you ever think why? It’s because Time is relative. Now, if that is indeed true, can there not be a way to change your mental thoughts at that moment which will make you feel that the time flew past very fast?

Similarly, if you have to complete some work in a short period of time and time is pressing, can you not make those changes that will make the time go slow and you can complete more work in the given time?

Yes, indeed you can do that with some really simple mental techniques. If you’re tired of applying the various time management tips that are relayed to you, and in case you want to know how to apply these techniques, please write to me and I will be glad to send you the process to get instant results.

Time is relative; its only worth depends upon what we do as it is passing.

Why do Goals Fail

Most people look for success in their careers, relationships, health, and finances. They work extremely hard, and struggle for a major part of their lives trying to make it work. They develop the necessary skills and competencies, set up the infrastructure and purchase the machinery and tools that are required, but inspite of all this, many of them fail to meet their goals. Positive thinking and affirmations are good and work only to a point, and yet people find a whole lot of ‘problems’ and ‘obstacles’ that come in their way of achieving what they want. Have you ever wondered why?

There are two aspects to a person’s being – the Outer Being, which includes the external behavior, the skills that you need, and the tools and the environment which is obviously very important. This is the visible aspect of the personality.

And then, there is the Inner Being, which includes your thoughts and emotions that create the beliefs that you hold inside, so for instance, do you really believe that you can achieve that goal? What is it that you are thinking or communicating to yourself? Is there a voice inside you that is telling you that you can’t achieve it, or it’s difficult to achieve, or it’s impossible? Your behaviour and actions are driven by your Beliefs (do you really believe you can achieve the goal?), your Values (how important is this goal for you?), and your Identity (what do you need to become in your heart to be successful?). It is like a soldier who has undergone all the military training required to get ready for war, but when he actually enters the war-front, he finds out that the Identity and Values that he holds, do not support the outcome that he has set out to achieve, which is, to kill the enemy.

I remember a lady who came to me saying that she was facing marital issues with her spouse. She was desperately trying to save the marriage which was her ultimate goal. She felt that there was lack of compatibility between her and her husband for even the simplest of things. For instance, her husband and she did not agree on the style of living. She felt that since they both earned well, they should live a better lifestyle. Whenever they went out to a restaurant or a vacation, he was very particular about the cost, and preferred a simpler place, never wanted to do up the house fearing more expenses, and so on. On further questioning, I found that she came from an affluent background and lived well before marriage, whereas, her husband and in-laws came from a conservative and middle-class background. Here, very clearly there was a clash of Identity and Values between them. She carried an Identity of a person who always lived comfortably and her Values dictated that it was alright to do that now, whereas, her husband believed in simple living and (perhaps) saving enough money for the future. So, the adjustment had to be done at this Identity level and Values level, but instead, it was being done ‘…only for the sake of the other person’, which meant that she did not really believe this to be true.

Similarly, a person, who decides to change her career, needs to decide the Identity that she would like to carry for herself for achieving her goal. What are the values and beliefs that she has – are these in line with her goal, if not, what does she need to do change those beliefs?

The way you think determines the choices that you make, and drives your behaviour and action which has the ultimate impact on your goals. So when people’s Identity, Beliefs and Values are not aligned with their outcome, then there is a general lack of purpose and motivation towards the goal, and the fear of failure, procrastination, and sometimes even the feeling of unworthiness sets it. Hence, it is so very important to focus on the Inner being to drive you to perform the tasks with greater commitment and velocity towards your goals.